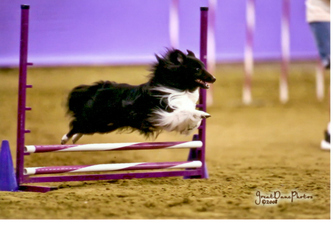 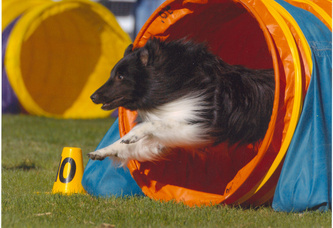 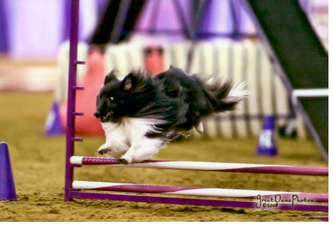 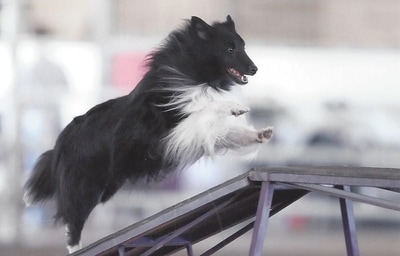 Sweep, "Sweet-pee" or "sweepy-deep", as we affectionately called him, came to us in April, 2001 from one of the finest international kennels, Laureate, in Carp, Ontario, Canada.  Laureate Kennels has produced more than 100 conformation champions. Coming from an extensive pedigree in the conformation area, we wondered how he would perform in agility.  Well, as you can see from his agility titles, he was like "Border Collie in Sheltie clothes" . Sweep's bark even had a French accent, and he growled like a raccoon when running thru tunnels.  He's was a deep thinker, and was a very calculating little boy.  Always happy and sweet, but also very "serious".  He was a very fast worker.  Sweep was a bi-black male, 13 1/2" tall, and weighs 15 pounds.